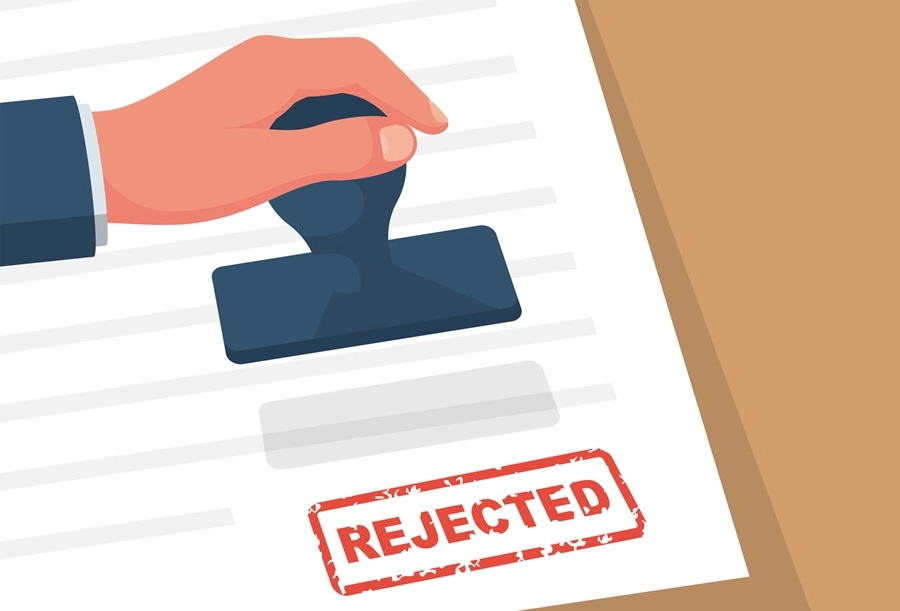 Used between list items, there is a space after the comma.Trademarks

After filing a trademark application, the Examining Attorney at the United States Patent and Trademark Office (USPTO) will often issue an Office Action before approving the mark for publication. Office Actions are intended to resolve issues with applications so that a mark can proceed. Office Actions also prevent certain marks from registering when they do not comply with US trademark law, or they conflict with prior registrations and/or applications.

There are two categories of office actions:

(1) minor office actions, which address smaller issues that are usually easy to resolve, and

This article will discuss various types of minor and substantive office actions, the laws that an examining attorney will cite refusing a mark for registration, and when applicable, how to successfully respond to office actions.

What Are the Most Common Types of Trademark Office Action Refusals and How Can I Overcome Them?

2(a) Immoral, Deceptive, or Scandalous Matter

A trademark application will be refused under §2(a) if it consists of or comprises immoral, deceptive, or scandalous matter. This provision encompasses many bases for refusal including curse words or other offensive language, deception relating to the geographic origin of goods, and disparaging or false connections with either living or dead persons. It is possible to overcome a §2(a) office action when there is a connection to a living or dead person, but the effect is not disparaging or false. However, the owner must provide consent from the living person or the estate of a dead person.

While §2(a) refusals are often easy to spot and understand, there is some room for argument under the First Amendment to use certain terms that would ordinarily be prohibited. In a 2017 case before the US Supreme Court, members of an Asian-American rock band called The Slants argued that they had the right to register their band name as a trademark despite the fact that the term “slants” has often been used as a disparaging, derogatory term to describe those of Asian descent. The Slants’ front man, Simon Tam, explained that he and his bandmates wanted to reclaim the term and re-envision a term that was once a slur as a source of pride instead. The Supreme Court permitted The Slants to register their band name, holding that the disparagement clause under §2(a) violates first amendment rights.

Substantive office actions frequently cite §2(d), likelihood of confusion, as the reason for refusal. The USPTO will not register a mark that is confusingly similar to a registered mark or a pending application. Courts have set out thirteen factors (known as the “DuPont factors”) to determine whether confusion between one or more marks exists. Though the weight given to any factor may vary from case to case, key considerations include (1) the similarities of the marks as a whole considering their appearance, sound, connotation, and commercial impression, and (2) the similarities of the goods/services that are associated with the marks.

A trademark application will be refused under §2(e)(1) if it is merely descriptive of goods or services. A descriptive mark may consist of a design, a word or phrase, or a combination thereof, and serves to describe a characteristic, feature, quality, or function of a good or service. One of the reasons registrations of descriptive terms is prohibited is because the USPTO wants to prevent companies from unduly harming their competitors by having a monopoly over a descriptive term.

For example, the mark COLD AND CREAMY is descriptive for ice cream because it describes ice cream characteristics. An example of a descriptive design trademark is a cue stick and ball for a billiard parlor.

For example, VENICE for glassware from Venice is geographically descriptive. Another example is MANHATTAN for cookies baked in the borough of Manhattan in New York City.

It is possible to overcome a §2(e)(2) refusal by showing that the trademark’s primary significance is not the geographic location described in the trademark. Alternatively, if the trademark has “acquired distinctiveness,” this may be grounds for overcoming the refusal.

A trademark application will be refused under §2(e)(4) if the applied-for trademark is primarily merely a surname, for example, GOLDBERG JEWELRY. An applicant cannot register a mark that is merely a surname on the Principal Register unless that trademark has “acquired distinctiveness.” Surnames are treated this way because the USPTO recognizes that more than one person may want to use a surname in association with goods or services. Prohibiting registration of surnames absent a showing of acquired distinctiveness delays the appropriation of exclusive rights in one name.

Acquired distinctiveness can be demonstrated using evidence to demonstrate the following:

How Do I Respond to a Trademark Office Action?

To respond to an Office Action, you file a form on the USPTO website. This form allows you to choose how you wish to reply. Click on the following link for more information from the USPTO on how to respond: https://www.uspto.gov/trademarks/maintain/responding-office-actions.

While this form may seem simple, do not be deceived. Since you have a limited number of chances to contest the Office Action you either need to be 100% sure that you are responding correctly and completely or you need to secure the services of a trademark attorney who can complete the process and respond on your behalf. Because trademark office actions are time sensitive, please contact us as soon as possible if you have received one and need assistance.

What Does a Trademark Mean?