Home Uncategorized How to Respond to a “Confusingly Similar” Trademark Refusal 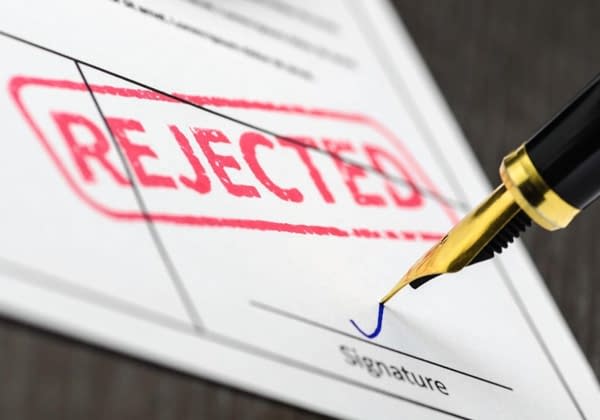 Used between list items, there is a space after the comma.Uncategorized

Step 1 – Be Honest with Yourself

If the USPTO has found another trademark to be confusingly similar to yours, you’ve got to be honest with yourself. You need to evaluate your trademark and the types of goods or services you’ve claimed in your application and compare your application to the trademark that was cited against your application. You may notice some differences, but if they’re related enough, the Section 2(d) Likelihood of Confusion refusal is going to be difficult to overturn. So, once you’ve given yourself an honest assessment, the next thing you should do is consider what arguments can be made in responding to the refusal, which is something our law firm can advise you on.

You should initially argue that your mark is different from the mark cited against your application. Examine the marks and look to see if the dominant portions are different or if the marks are spelled differently, and then argue that confusion is unlikely because the marks convey distinct commercial impressions. For example, if you applied to register the mark “FORE CLUB” for a boxing studio, the examining attorney at the USPTO might issue a 2(d) refusal because of the similarity with the registered mark “ROYALTY FORE” which is also a boxing studio. In this case, you would want to argue that your mark conveys a distinct commercial impression because the dominant portion (FORE, as the first word) differentiates the marks. This would be an effective argument to make.

If your mark has been refused on the grounds that the goods and services in your application are related to a mark that has already been registered, you should argue that the goods/services are dissimilar. To help you make the case that confusion is unlikely, you should look for evidence to show that the industries are separate.

You may be able to show that the conflicting mark is weak, which may in turn make it less likely to bar registration of your mark. The reason for this is that the courts and the Trademark Trial and Appeal Board (“TTAB”) have recognized that weak marks are entitled to less protection than a coined term and are thus less likely to cause confusion in the marketplace. You can show that the conflicting mark is weak by submitting substantial evidence of third-party use of similar marks for the same or similar goods or services.

Generally, evidence of a small number of third-party registered marks is not entitled to much weight in determining the strength of a mark but showing evidence of extensive third-party use can be very valuable. By showing that the USPTO has routinely allowed for registration of similar marks for related goods or services, you can then argue that the conflicting mark is weak and therefore your mark, which is similar to the conflicting mark, is less likely to cause confusion and should be allowed.

In the seminal decision of In re Thor Tech, Inc., the TTAB reversed a refusal finding that the identical marks “TERRAIN” for “recreational vehicles, namely, towable trailers” and “motor land vehicles, namely, trucks” would not cause confusion. The applicant in this case set forth 50 sets of third-party registrations for the same or similar marks for cars, trucks, and sports utility vehicles and for recreational vehicles, travel trailers or motor homes owned by different businesses. This type of evidence is suggestive of the fact that business owners in this industry believe its goods are distinct enough that confusion will not result even with identical marks. Additionally, this evidence indicates that other examining attorneys did not find confusion likely and allowed the identical marks to coexist for these types of goods.

Similarly, in In re FabFitFun,Inc., the TTAB held that the mark “I’M SMOKING HOT” for cosmetics and personal care items and the mark “SMOKIN’ HOT SHOW TIME” for cosmetics was not likely to cause confusion in the marketplace. Specifically, the TTAB noted that over ten third-party registrations use the term “smoking hot” which suggests this term is highly suggestive of cosmetics. The TTAB also noted that consumers are aware that many different companies use this phrase and will look to other parts of the marks in order to distinguish them.

If we think making an appeal is not going to be possible or worthwhile, it may make sense to seek consent. Specifically, our law firm would draft an agreement and forward it to the owner of the anticipated trademark asking if they will consent to the registration of your trademark. The decision to seek consent should, however, be made after due consideration of whether if you were in their shoes, would you grant consent. Additionally, it’s important to note that once you contact the owner of the anticipated trademark, you are vulnerable to the possibility of them saying “no” and thereafter have opened the door to a possible infringement suit. If your application was filed under intent to use, meaning your mark was not yet in use at the time of filing, then they could not file an infringement suit, only an opposition in the Patent and Trademark Office should we convince the examiner to approve your application.

If you are facing a Section 2(d) Likelihood of Confusion rejection, you have options and while such a rejection is potentially difficult to overcome, it is not necessarily the end of the road. We at Mot Law Group, PLLC would be happy to discuss your mark, your rejection, and the options for overcoming it, with you. With the right evidence and legal theory, we can convince an examining attorney at the USPTO that your mark is not likely to cause confusion and that your application should be allowed. If you need assistance with your Office Action or refusal of your application, contact us for a courtesy consultation. You can get in touch with us by contacting us or by emailing us at info@phoenixtrademarkattorney.com.

What Does a Trademark Mean?